A Working Class Hero Is Something To Be… 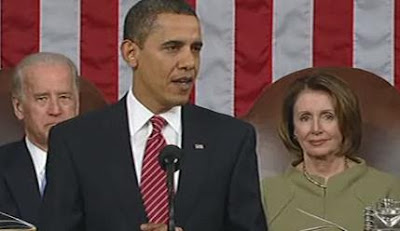 (screen shot from Hulu's State of the Nation feed)
"And so tonight, I ask every American to commit to at least one year or more of higher education or career training. This can be community college or a four-year school; vocational training or an apprenticeship. But whatever the training may be, every American will need to get more than a high school diploma."
U.S. President Barack Obama, State of the Nation speech (Feb 24, 2009)

My first reaction is to agree. I think this is a great vision of the future of our country. But President Obama was wise to note the problem of increasing costs of tuition. When I started state college in California in 1989, I spent $198 on tuition per semester. It jacked up to almost $1000 per semester by the time I graduated four years later. The same school now charges over $2000 per semester to attend. This same school was free when I started elementary school.

I know of what I speak. I spent 12 years teaching at colleges and universities. I taught at a community college in California, two private colleges in New York state as well as two public universities on the East Coast. None of these were elite colleges. I had a few "rich" students whose parents were paying their full cost of college but the vast majority of students were working-class or poor students who were in-debt just to get to school every day. This experience gave me a very good sense of the skills and needs of the "average" college student in America. Most were poorly prepared and that affected my day-to-day lesson plans.

The sad truth is that there is an emerging class of private colleges whose business model is based on recruiting exactly the kinds of students Obama just reached out to: those unable to obtain "normal" admission to colleges. The average private college in America looks nothing like Harvard or Stanford. Far from it. They look like businesses.
I believe President Obama really wants to attain his dream of educational opportunities for all. I believe he genuinely wants to reform teacher training and incentives. But in order to make those dreams a reality, we’re going to have to look at what happened to college tuition between 1975 and 1995, because those were the dark days. In 1975, Obama’s vision would have been feasible. After 1995, his vision became a nightmare.

Can we really expect all Americans to attain post-secondary education under current circumstances? I suspect not.

UPDATE: the AP has published a story addressing this very issue and contains a variety of perspectives here.

UPDATE 2: the Chronicle of Higher Education has a related story on the increasing costs of college here (HT Daily Dish).
at February 24, 2009 No comments: 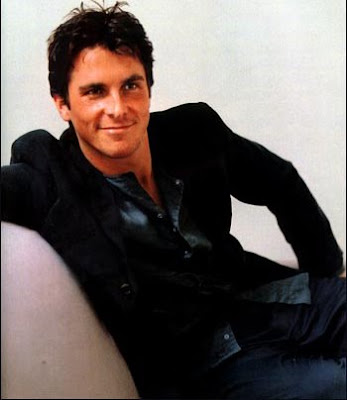 (pic from TheCinemaSource.com)
Exactly what happened to Christian Bale's accent during his famous rant now buzzing around the interwebs? Listen to this 2002 interview with the "Welsh born" actor, then listen to the famous rant here. In the 2002 interview, he quite clearly has a UK accent (though it's not clear to me exactly what variety since I'm not good at placing UK accents; also, he spent relatively little time in Wales, so knowing his birthplace is not much help). Then, in the rant, he has largely what I would call a American English/California accent, but it breaks occasionally (into what, I'm not sure). It might be the case that Bale's famed intensity as an actor engulfed him so much that he was still "in character" when ranting, I don't know.

I'd be curious to know how phonologists have modeled accents. Is a person's accent simply the accumulated total of word pronunciation norms, or do we have a model of a holistic accent in our head that we are trying to approximate when pronouncing sentences (an accent grammar, if you will)? This seems like a non-trivial distinction.
at February 07, 2009 6 comments: